You are here: Home / Experimentus / 5 trends and controversies in IT testing It’s always important to keep up to date with the latest and greatest, so here are five trends and controversies in IT testing that you ought to know about.

Agile testing is increasingly becoming the norm taking over the sequential process used in traditional testing. A recent ISTQB survey revealed that 80 percent of organisations use Agile testing in one guise or another.

In traditional testing a waterfall process occurs where all the stages of the process take place one after the other whereas in agile everything seems to happens at the same time.

For testers this can be the difference between picking up mechanical problems on a car while it is being made or trying to predict where problems will occur by looking at the blueprints.

‘There are no “best practices”, only good practices used in the right context’, to coin an industry phrase.

Inventors get a lot of air time arguing that they create a more efficient and flexible testing framework by inventing testing practices to suit a unique situation.

However there is a place for a consistent methodology as a more rigid set of ‘good practices’ can be repeated and scaled. Similarly, there is a strong argument to be made for equipping testers with a range of skills – a portable toolkit – that they can apply in different situations rather than reinventing the screwdriver each time.

Cloud-based technology simplifies the management of physical hardware, however the challenges for people testing cloud applications are evolving quicker than the technology itself.

Exploratory testing differs from scripted testing chiefly in that the test is run and not always written down, or scripted, before the tester starts the process (only the test objectives). Supporters of exploratory testing at one point even suggested it had replaced the more traditional approach.

However in the last few years they have had to concede that both approaches are valid and can operate together on a project. In fact it is suggested that this leads to better results.

Both of these approaches help organisations understand the maturity of their software processes.

TPI is aligned with and encourages the adoption of the Sogeti testing method TMap. TPI is recognised as more of an engineer’s model, suited to those actually doing the work rather than the management.

Alternatively, TMMi is an independent model developed by the testing industry itself, working through the TMMi Foundation. It reflects and complements CMMI, providing a clearer message regarding process maturity that is clearly understood by management. 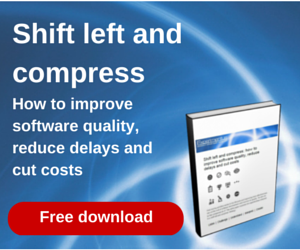